Bully Boy Distillers is a hidden gem in Roxbury, MA. Created by brothers Dave & Will Willis, the duo began making apple cider on their grandparent’s farm, which later became hard cider – and then spirits! The name Bully Boy comes from a draft horse named Bully Boy that worked on the brother’s grandparent’s farm. Turns out that Grandpa Willis was friends with late president Teddy Roosevelt and he named his favorite horse after Teddy’s famous expression, “Bully!,” meaning ‘great’ or ‘extraordinary.’

The Lenox Catering Team visited the distillery a few weeks ago as we recently began using Bully Boy’s spirits at our wedding venue and for events. I mean, we had to try it first right?!  Well, what a wonderful experience it was for us to see their beautiful modern distillery in action! This is actually their second location after moving from another building due to expansion! Bully Boy currently distills American Straight Whiskey, White Whiskey, Boston Rum, White Rum, Vodka, Estate Gin and their own mixes called Hub Punch (an old-school Boston spirit) and The Old Fashioned (literally a cocktail in a bottle!). 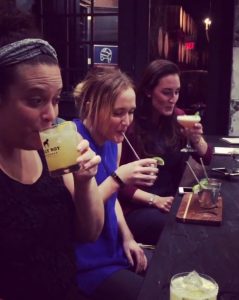 After touring the facility, we enjoyed a beverage in their tasting room from which you can see the distillery at work. The cocktails are 100% hand-crafted, imaginative, and delicious.

If you haven’t yet, we suggest you jump in an Uber right now and head to Roxbury.  It’s only 15 minutes from Boston and it’s absolutely worth the short drive! Their Tasting Room is open Thursday through Sunday, though we suggest checking out some of the upcoming events including: 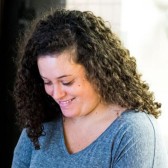