Located inside the Island Creek Oyster campus, the Duxbury Saltworks headquarters looks out over the Duxbury Bay, the very waters that they slowly turn into perfectly crystalized fleur de sel. Fleur de sel is French for flower of salt and is more typically known for its origins in Brittany. Duxbury Saltworks takes highly filtered saltwater, reduces it, then sets it into heated pans, allowing a salt crust to slowly form. As this crust forms, it is scraped off by hand and further dried, producing the quintessentially flaky and pyramid shaped salt crystals that is fleur de sel.

Lily, founder of Duxbury Saltworks, used to harvest the seawater by hand, carrying buckets up from the shore to then laboriously be filtered before being turned into pure salt. Things have gotten a little fancier since, with a pipe literally connecting their salt production facility to the Duxbury Bay itself so both transport and filtering are automatic.

Unlike almost all salts you’ll find in your local grocery store, the fleur de sel from Duxbury Saltworks is simply pure sea salt and minerals, right from the sea, with no additives like anticaking agents or other chemicals you might wish to avoid. That purity of ingredients comes through in the taste as well, with a saltier tasting punch per pinch than regular table salt! Duxbury Saltworks also makes delicious salty seasoning blends, with four blends inspired by the seasons.

Next time you’re in our lobby, be sure to check out their salt jars – perfect for gifting to a loved one (or yourself)! 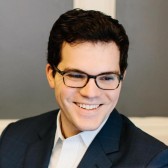