Last holiday we set up a pop up shop in the lobby of The Lenox Hotel in Boston (click here to see that). While Brent was busy setting up the shop and designing the windows of the hotel (click here to see that) he began chatting with someone who worked for the hotel about all the Christmas decorations from the the previous years. Most big hotels, retail stores, and some office buildings update their holiday displays every year leaving “last years models” obsolete.

Brent being Brent hinted: “Well, if you ever want to get rid of any old Christmas decorations, give us a call.”

A few months later Brent got an email saying that the decorating company was moving out of one of their warehouses. If we wanted anything and could get a truck there to haul stuff away, it was ours.

So we did what any sane people who love holiday glitter would do. We rented the biggest Uhaul truck we could find and fetched those decorations!

Sharon Springs is a tiny little town (population 547), and like most tiny towns in America, there’s not a lot of municipal budget for any “extras”, so we’ve never really had many holiday decorations in the village.

That changed this year thanks to The Lenox Hotel!

Now the little village that dreams of glitter is actually covered in it! 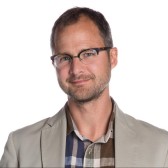 Guest Blogger
A Golden Celebration in the Gilded Dome! News Room in Your Heart News