Requiem For A Song

Requiem For A Song

Diamond Jim’s became a sing-along piano bar in 1961 but it really came into its own in 1969. Gladys Troupin was hired as a pianist that year, she was 72 at the time! Seemingly overnight she turned Diamond Jim’s, then a cramped cocktail lounge next to the popular Delmonico’s restaurant, into a do-it-yourself cabaret.

During the 1970’s, seasoned and aspiring vocalists from all over the East Coast awaited turns to perform for Miss Gladys Troupin at the piano. Renowned for her audacious hats and elegant attire, Miss Troupin was a beloved Boston personality for more than forty years and had been engaged to marry the American composer George Gershwin before his sudden death.

“Lily Tomlin, Yul Brynner, Jay Leno, Ali MacGraw – everybody came to see her,” said Roger Saunders, one of the owners of the Lenox. “Towards the end of her life, her fans used to walk her home to her apartment at the Prudential Center, they cared about her so much.” 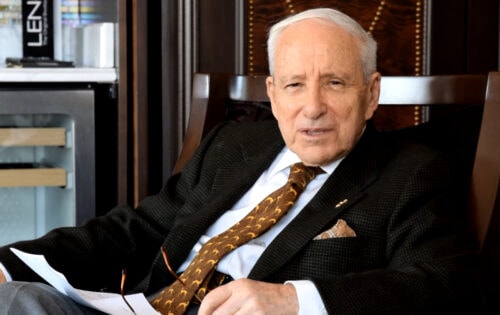 Hear the story of Diamond Jim’s and Gladys Troupin at The Lenox Hotel straight from our owner – Roger Saunders.

By 1977 there were 46 singing regulars known as “Troupin’s Troupe”. She passed away in 1987 of cancer, yet played just ten days before her death. Ellen White, who had originated the sing-along format at Diamond Jim’s 20 years earlier, returned in 1981 at the ripe old age of 69! After she retired, Mark Andersen took over from White in 1989, a protégé of Glady’s and credited for reviving Troupin’s Troupe.

Ms. White reigned over the piano bar till 1997 when it closed its doors to become Anago restaurant, as part of a $20 million hotel renovation. Boston’s favorite place to sing-a-long and compare notes held a farewell salute during its final month of operation in June of 1997 featuring past talent such as Mark Anderson, Ellen White, and John O’Neil.

Patrons still inquire about the legendary Diamond Jim’s so it was inevitable that we reprise the keys one more time! In March of 2015 we hosted a Diamond Jim’s reunion weekend and former regular John Mansfield led the festivities.